Cameroon: “I don’t fear anybody… I am ready for anything… I am ready to take bullets for children to go to school” – Hon. Gerard Ngala 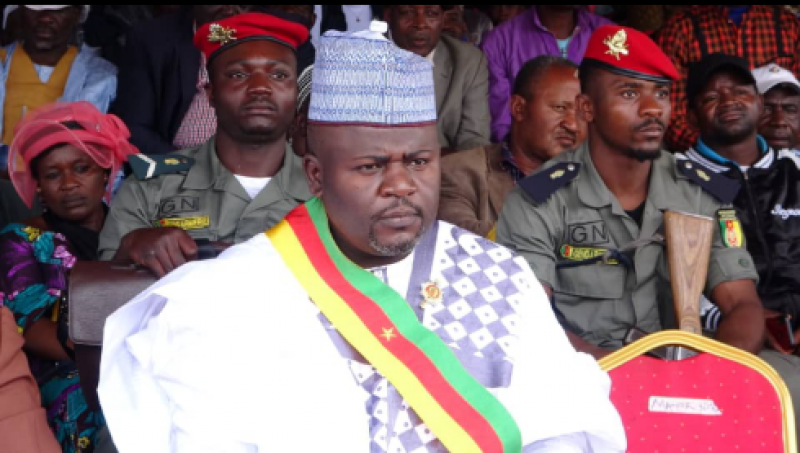 Hon. Gerard Ngala, Member of Parliament, MP, for Nkambe Central, Donga Mantung Division, has said he is ready to take bullets in his sustained campaign to see that children across the North West and South West regions return to school.

The MP affectionately referred to as Ta Nformi Ngala, made the declaration in a recent media outing over CRTV National Radio, shortly after staging a mega rally in Nkambe that has electrified school resumption to exceptional levels in his native Donga Mantung and beyond.  He says he only fears God and as such is ready for anything. It is a compelling interview.

Honorable, your visit to Donga Mantung was at a time of a crusade for effective school resumption. What is the situation in your area?

I know you are talking about Monday because it’s a ghost town and most people reopened on Tuesday. But for us in Donga Mantung, we opened on Monday.

It has been the case ever since 2016. People have been going to school and we have never stayed at home because of the crisis. We are congratulating those who have passed the GCE and we are trying to give them orientation now because we have noticed that after Advanced Level, most students end up going directly to the University and end up having degrees in areas that will make them only end up in the classroom.

Were you there on that day when the schools were reopening? Were you on the Field?

I was on the field. I was in Nkambe five days before school resumption. Schools were effectively going on in Nkambe but there were some suburbs where schools were not going on. So I had to move into those areas and had a 98% Success.

I rallied over 8,000 people at the Grandstand to sensitize the population of Nkambe and Donga Mantung on the need for children to go back to school and on Monday, children turned out.

I moved around with my SDO, the Fon, and Mayor, from school to school, sharing didactic materials and motivating the Teachers. We witnessed a large number of students who came out on that day and we were very impressed.

Was there no attempt from secessionist groups to disrupt the reopening of schools?

The secessionists have realized that school boycott can never be a tool to achieve whatever goal they want. Like I told them in 2016, and after 4 years, they have come to realize this. It is a strategy that is not working.

Some other groups are calling for children not to go back to school and the reason is that they are so divided that if A calls for school resumption, the other, say B, will oppose.

It is not about the government or separatists calling on people to go back to school. The parents have decided and nobody is going to stop them. You see mothers carry their children to school. The parents have decided. They don’t care. When I went to Nkambe, I was ready for anything. I was ready to take bullets for children to go to school. I was elected in my constituency and I have to stand for them.

My only crime is that I called for no school boycott. God has been protecting me and since I am on a just course, I don’t fear anybody except the Lord that is why I am never afraid to go to Donga Mantung and talk to my people.

The context in which the school year is reopening amidst COVID-19 seems difficult. What have you done in this regard?

I will tell you that we have a big problem in Nkambe and Donga Mantung because most children from the Northwest as IDPs are in Nkambe. House rents have increased because of an influx from people all over the region to study in Nkambe.

We tried to look at how to manage this and we are still crowded. We have pleaded with neighbors beside the school to give us rooms to accommodate students. Nkambe has an influx of more than 5,000 people.

I carried three pickups full of bags and books, we shared without any discrimination and they weren’t enough due to the population. I could have stayed back and double the amount I sent, but the villagers are there, they are afraid, and secondly to visit and boost their morale. Once they see you, they understand that this man is ready to die for us and there is no reason to keep my child home. There is no need to stay behind and sending money and books, it is about being on the field and giving them that confidence that there is hope.

This was the first time you were going down to Nkambe since your election. Why did you take so much time?

I had more than 8,000 people in the grandstand. I could not go to Nkambe and rally people because I had to respect the measures put in place by the government due to the COVID-19 pandemic.

You said you exchanged with your people and they were so glad to see you. What are some of the concerns you will have to press for them to be addressed now that you are in Parliament?

The people of Nkambe are not indifferent to others especially IDPs and so I am working towards the betterment of all. They asked me to thank the Prime Minister for giving them a contract for an alternative road since they can’t access Bamenda through Kumbo. The Prime Minister being proactive and loving immediately talked with the Minister of Public works and a contract was given to tar the road between Yamba and Donga Mantung so that they won’t have to go through the stress of sleeping in the road when traveling to other regions since the roads have been blocked in Kumbo.

Honorable, you said you went to Donga Mantung to talk about respect for the environment. This falls in line with a network you launched last month. How far have you gone with the implementation of the objective of this network?

I will tell you that the circular economy is not new in Cameroon but we want to revolutionize it. You will see the number of jobs we will create in this country. We are doing content analysis at the moment. We are about to meet stakeholders involved so that we will come out with a whole national plan for the Country.

China grew from a circular economy and it is what will take us to 2035.

This is what we are doing. This network came up as a result of the flood in Douala. You notice the drainages have been built but they are being blocked by waste. Waste that could have been turned to resources.

We are already working seriously with partners on that and we believe that we will be bringing the first results earlier than even the 6 months we talked about.

What message do you have for the people of Nkambe?

I have a word not just for the people of Nkambe, but I want everybody to listen to me. We know that there are problems in this country. We know that the Anglophones have a problem and the government is already addressing over 2/3 of those issues. People should stay peaceful.

People are already condemning Special Status without knowing that it is only after Regional Elections that the Special Status can be implemented. So we’re praying that people should be peaceful and avoid violence.

The Fons and Chiefs are excited to have back the House of Chiefs. We just need the other few resolutions from the Major National Dialogue to be put in place and I am very sure that the President together with the Prime Minister will ignite on this. I ask them to remain peaceful and respect the orders from the government.

Cameroon’s long drawn-out, neglected Anglophone crisis has again come under a harsh global spotlight with the killing of at least...

At least six children were killed when gunmen raided a school in Koumba, southwest Cameroon on Saturday. Fransisca International Bi-lingual...

Kumba Massacre:“I will take my gun and come out! Come out and defend your children!” – Ali Anougu, Kumba I D.O.

The Divisional Officer, D.O., for Kumba I, Ali Anougu, has been in inconsolable tears after visiting Mother Francisca International Bilingual...