by Daily News
in English, SPORTS
1
0

Former Cameroon forward Eugene Ekeke feels that ex-coach Paul Le Guen destabilised his squad by stripping Rigobert Song of the captain’s armband and handing it over to Samuel Eto’o.

After taking over as Indomitable Lions coach in July 2009, Le Guen’s first major change in the team was appointing a new captain, ending Song’s long reign as leader of the players. 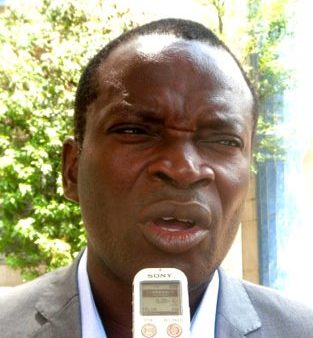 Song’s last major tournament wearing the Cameroon armband was the 2008 Africa Cup of Nations finals in Ghana, his fifth as skipper, before playing under the leadership of Eto’o at the 2010 Afcon and the Fifa World Cup the same year.

Ekeke feels discord between generations of Cameroon national teams has always existed but the crop that won the 2000 Olympics goal medal had more internal strife.

Although Song was not part of the team in Sydney, Ekeke mentions him as belonging to that generation of players whose cracks he says were widened by Le Guen’s captaincy switch.

“Everything can be sorted out and I think Samuel Eto’o has a big role to play in bringing peace. We are a family. If I have the chance to see him, I will tell him,” Ekeke told Radio Sport Info.

“There is this inter-generational conflict to settle but also these clashes between own teammates of the 2000 generation. Sincerely, we must settle all that. The removal of the armband from Rigobert Song [distabilised Cameroon].

“This was the root of all evil. Paul Le Guen deeply destabilised this generation because Samuel Eto’o did not need an armband. In any case, we have to transcend all that and get back together.”

With Song retiring from international football in 2010, Eto’o went on to further captain Cameroon at the 2014 World Cup but just like his predecessor, he could not help the Indomitable Lions match the 1990 team that reached the quarter-finals of the global football tournament.

Ekeke was part of the history-making 1990 World Cup squad and feels that his generation deserves more recognition than the 2000 Olympics gold medallists.

“The 2000 generation brought a lot to Cameroon… This generation put Cameroon back on the African scene after a long crossing of the desert. But this generation must recognise that Italy 1990 was something else,” said Ekeke.

Campaign group Human Rights Watch has accused the Cameroonian government of using the coronavirus pandemic as an excuse to "quell...

AFP | Four Cameroonian soldiers were sentenced on Monday to 10 years in prison for the execution-style killings of two women...

Soldiers have been deployed onto the streets of Cameroon ahead of protests planned for Tuesday which call for President Paul...

A French Cameroun police officer deployed to Bamenda was shot dead on Saturday, September 19, 2020. Our correspondent in Bamenda...

Massive Anti-Biya Outpouring in Europe, Canada and the US

Hundreds of French speaking Cameroonians in the diaspora have responded to calls from the main opposition leader Prof Maurice Kamto...