The Minister Delegate to the Minister of Economy, Planning and Regional Development, Paul Tasong, voted at a polling center in Alou Subdivision, Lebialem Division of the South West region today.

Tasong, CPDM Campaign Leader for Lebialem voted along with Denis Nkemlemo, National Secretary for Communication for the opposition Social Democratic Front, SDF, party. Nkemlemo is also parliamentary candidate for Lebialem Constituency on the ticket of his party.

Aside the two prominent faces who voted in Alou, pictures show a huge crowd of persons who also voted at the Alou polling center. In fact, statistics from Elections Cameroon, ELECAM suggest that 7,356 voters were expected to vote in Alou but for the uncertain socio-political situation in the area.

The CPDM Parliamentary candidate for Lebialem, Hon. Bernard Foju, 31 CPDM candidates to the council elections, their SDF peers and several other locals voted at the polling centre in Menji. A total of 6,980 persons registered to vote, but the turnout is said to have been far below the mark.

Some of the 7513 registered voters in Wabane also turned out to vote at their assigned polling center.

In all, 21,849 persons were expected to vote in Lebialem in today’s twin Municipal and Legislative Elections. Even as the participation figures are being awaited, no incident has been reported hours after polls closed in the area.

Armed separatist fighters had imposed a lockdown in a bid to foil the elections. Lekeaka Oliver aka Field Marshal, leader of the Lebialem-based “Red Dragons” armed group fighting to make of Cameroon’s North West and South West Regions an independent country christened Ambazonia, had threatened that elections were only going to take place over his dead body.

Minister Paul Tasong in a communiqué Saturday called on the population of the area to manifest courage and go out and vote massively because today’s vote shall be a turning point for Lebialem.

That “Field Marshall”, the self-proclaimed king of Lebialem, was nowhere to be seen confirms the assertions made by Minister Tasong when he said:

“I insist that the so-called Field Marshal is an illusion. He has long escaped from Lebialem and is begging us to help him obtain a passport so he can leave the country. His brother, Christopher Anu has gone back to his alleluia church in Texas from where he is preaching death. The Red Dragons is a propaganda machine to divert our attention while they steal our wealth.

“We can no longer allow a family of highway robbers control our destiny. Lekeaka has broken into every credit union bank in Lebialem and stolen the savings of the entire population. His brother has swindled funds raised in America by his cohorts to burn down our beautiful CAMEROON. Their sister was arrested as FCFA 366 million of stolen money from Lebialem and the diaspora was traced to have landed in her bank account. They are confiscating the cocoa harvested by the hard working Lebialem farmers.” 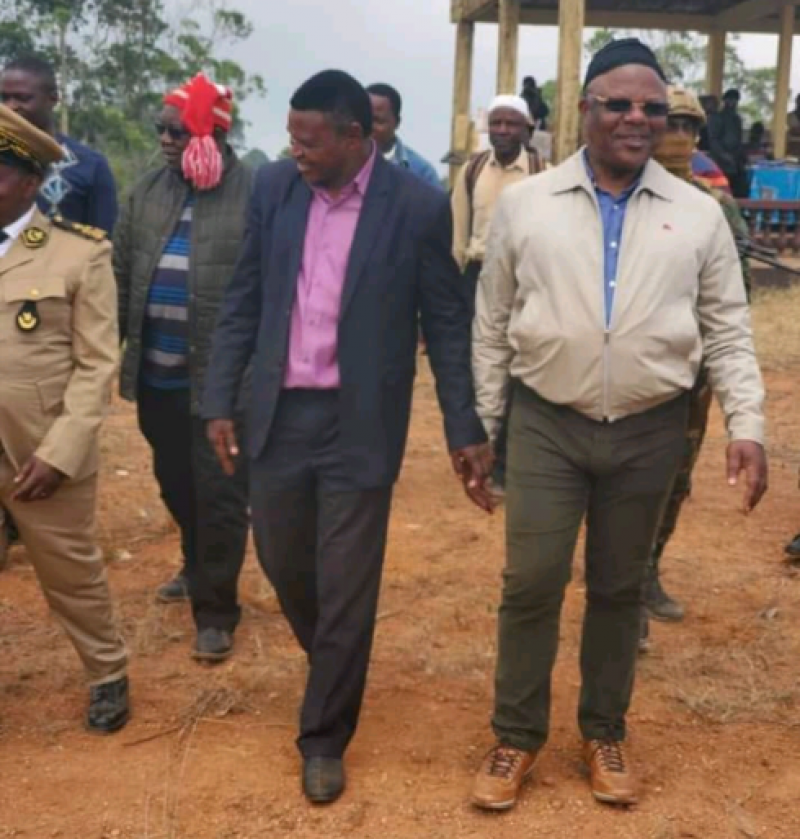 YAOUNDE, Cameroon Atlanta Daily World  | When 21-year-old Anne Christelle Ntsama gave birth to quadruplets, she was over the moon. She believed her...