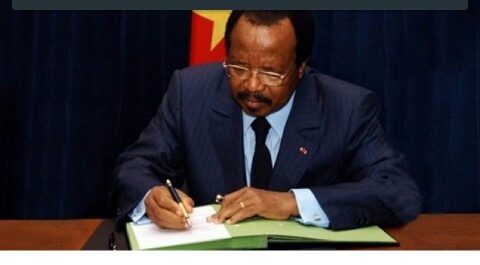 Paul Biya great reader of the book “The Prince” of Machiavelli, Italian philosopher and inspired by his cynical advice to remain in power, whose only interest of the prince (president) according to Machiavelli is the conservation of power.

“The prince must have the understanding to turn according as the winds of fortune and variations of things command him, and as I have already said, not to depart from the good, but to know how to enter evil. ‘it must. “

” It is not necessary for a prince to have all the qualities, but it is essential for him to appear to have them. “

According to Machiavelli, when a part of the principality (country) is in crisis, a crisis resulting from the revolt of the populations who claim their rights, the prince (president) has only three alternatives that are presented to him:

1- Either the prince kills all rebels,

“to the last” at the risk of creating a cold war that will end in the long term by fierce reprisals (which is very difficult in the current world paradigm since the rebels are scattered throughout the world ). This alternative also requires enormous human and material sacrifices and the risk for the prince (president) to be the victim of a reprisal. This makes it unthinkable for a prince (president) who loves his people.

2- Either the prince (president) is diplomatic in summoning the leaders of the activist movements for a consensual arrangement where each party wins.

In this case, if one of the parties refuses the arrangements and thinks to be able to deserve more, the problem is then subject to a popular judgment of “all the principality” and the verdict is indisputable and inalienable and will apply, even at the price of some sacrifices.

3- Either the prince, copte and corrupts the strong heads of the movement who will in turn corrupt their activists with some snacks. This alternative temporarily mitigates the crisis and does not persist long. The revolt will resume as soon as the effects of snacks fade and the population returns to its original situation.

The goal of politics, according to Machiavelli, is the struggle for the acquisition and preservation of power, and public safety rhymes with that of the Prince (president).