In the opinion of the president of the Cameroon people’s party (Cpp) the content of the dialogue convened by the old lion is inaccurate, misleading and downright insulting to Cameroonians. 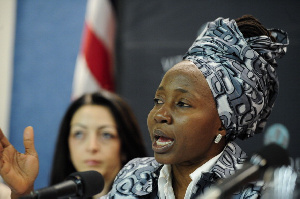 For the Cpp, Paul Biya refused to recognize an anglophone problem. The problem at its roots in the political, cultural and economic history of the country.

“Of our 59 years of independence, 37 have been under the leadership of Mr. Biya. Its governance is therefore directly responsible for the deep, complex and violent crisis in which the country is today.Indicates the political party in a statement made public on September 12th.

“He refuses to acknowledge let alone apologize for the violence, atrocities and human rights violations committed against the people of the North West and South West regions.” Concludes the Cpp.

To return to the reason, the great “national dialogue must make it possible to cover a variety of fundamental subjects for our country”. The party proposes, the political transition. It’s about solving the problems of our colonial past. Redefining the relationship between the citizen and the state.

Redefining the shape of the state. Reform the army and other law enforcement forces (Police and Gendarmerie). But also redefine key systems and institutions. The issue of the return of humanitarian and political refugees and the issue of amnesty for political prisoners must also be addressed.

To do this, we must first rebuild the trust necessary for dialogue.