1
SHARES
Share on FacebookShare on Twitter
The two former candidates for the presidential election were received on 19 September 2019 by the Prime Minister. 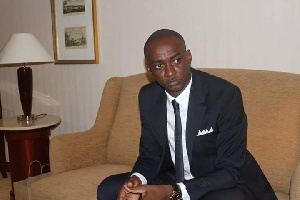 As part of the consultations launched for the grand national dialogue, Prime Minister Joseph Dion Ngute received on September 19, 2019, two former candidates for the presidential election, including Cabral Libii and Serge Espoir Matomba.

The two politicians formulated their proposals, summed up by everyone before the press at the end of their respective hearings.

Cabral Libii: We must take into account the linguistic and cultural specificity imposed on us since March 4, 1916. So, there is a national integration project; we made proposals on that.

We have made proposals on the form of the State, especially the regionalization we have called “Community Federalism”, which imposes a revision of the contours of the Cameroonian regions which, from our point of view, have been drawn on bases political calculations, but did not take into account sociological, anthropological and historical realities.

Since we are in the great national dialogue and the Head of State has raised the possibility of forgiveness, we can go further in the release of detainees in the context of the Anglophone crisis. We can not deny that there is a post-election crisis in Cameroon. Why do not we go as far as releasing detainees in this context?

We urgently need to redo the territorial division. In a second step, we said that we need the harmonization of the school and judicial system. The identity crisis must be solved by a genuine cultural revolution, which necessarily involves adopting a national language.