National Dialogue: This Is Our Best Opportunity As Anglophones – Nick Ngwanyam 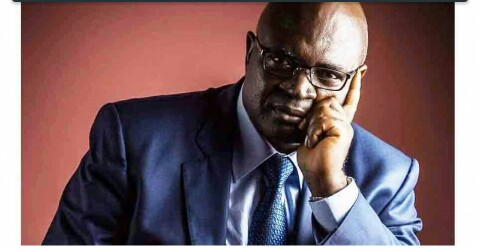 Nick Ngwanyam, Member of the Cameroon People’s Democratic Movement, CPDM, has said the convening by President Paul Biya of the Major National Dialogue is the best opportunity for Anglophones.

Although Dr. Nick Ngwanyam has his reservations, he insists that this opportunity must not slip through the hands of Anglophones.

Nick Ngwanyam fears that the only obstacle in the wheels may be thrown by Anglophones and Francophones who only think with their stomachs and not with their heads.

“This is the time for serious business and we do not need more ‘republican republican’ stuff anymore. The Anglophone leader thinks what is good True and Just should prevail for the sake of Common Good at this technical moment, and the public should guard against some Cameroonian praise singers who like throwing spanners in the spokes of every wheel. They should just back off with their ‘hungry’ attitudes and give peace a chance,” said Ngwanyam.

This category, he thinks, represent the greatest danger and they have been responsible for making a bad situation worse because they tell lies and live a lie.

Dr Ngwanyam prays that the Prime Minister, Head of Government Chief Dion Ngute Joseph will be courageous and truthful, acting in love and deliver the Anglophone from the chains of bondage and marginalization.

Hear Ngwanyam: “He should create the stage for a better Cameroon. He should realise that many ministers and CPDM barons hanging around him and the President are poisonous snakes who will like to make him fail to give the impression they could have been better Prime Ministers. The waters have been parted and he has the baton of command to make or mar.

“If he had never really prayed nor gone on his knees to ask for wisdom and understanding in humility, then this is the Time. The awaited bridegroom has entered the hall.

“Let us put on our Thinking Caps and demonstrate that Love, Truth, Faith, Reason, Justice, respect and Merit along with humility are no match for arrogance, violence, anger and hate and remember that the Kingdom of God shall and must prevail over the Kingdom of DARKNESS always.”

Nick Ngwanyam insists that Anglophones must give a listening ear to Christian Cardinal Tumi who has been working towards a resolution of the crisis through the Anglophone General Conference.

Dr. Ngwanyam who failed to get through into the first legislature of the Senate in 2013 believes that a confederation will go a long way to heal the wounds caused by years of marginalisation.

Samuel Eto’o: what I would like to do is resume my studies to better manage my business tomorrow” Eto’o reveals future plans