According to our informants, Karen Bass is the one who is lobbying the US parliament to “save” the Yaoundé regime. 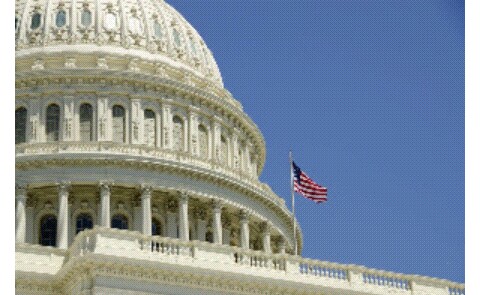 Some do not hesitate to put to his credit the adoption by the American Congress a few weeks ago of resolution 358 to consecrate federalism as a political option in force in Cameroon. “Yes the government of Cameroon was aware of this resolution and he wished this political option unlike secession,” said a diplomat who requested anonymity.

And another informant added, “it is the Democratic Karen Bass who brought the cause of the Cameroonian government vis-à-vis his fellow parliamentarians.”Since then, Washington seems to have taken up the cause for the Federation. And therefore, already supports the Yaoundé regime in its frantic quest for a solution to the crisis. This stance has radicalized some actors, mainly secessionists, who are fighting over their independence position.

The sky is therefore darker for the secessionist leaders who were betting on Washington to create their “Ambazonian” virtual state. Now, Washington could take legal action against secessionists who advocate violence and separation. Led by Karen Bass, a congressional delegation of parliamentarians was in Cameroon to inquire about the state of the crisis in the English-speaking area.

As President of the Subcommittee on Foreign Affairs in charge of Africa at the House of Representatives, she was at the origin of a congressional resolution condemning the violence in the English-speaking areas. “We really wanted to come here, to let the people of Cameroon know that we are very concerned about the situation here and that we support the Cameroonian people, especially in the search for solutions to the revolution. The United States already provides considerable support to this country. We are concerned about humanitarian aid, if it is accessible, “said the head of the US Congress delegation.

Karen Ruth Bass, born October 3, 1953 in Los Angeles, is a United States Democratic Party politician elected from California to the United States House of Representatives since 2011. He begins his political career by being elected to the House of Assembly. from the state of California between 2004 and 2010 for the 47th district and president of this assembly between 2008 and 2010 as the second woman and third African-American person to hold this position.

In the 2010 federal elections to the House of Representatives, she ran in California’s 37th Congressional District and was elected with about 86% of the vote. She is re-elected in 2012 and 2014 with similar scores. In July 2016, she drew media attention by asking for a psychiatric examination of Donald Trump, the Republican presidential candidate for the United States.