National Dialogue: what Cavaye Yeguié whispers in the ear of Dion Ngute 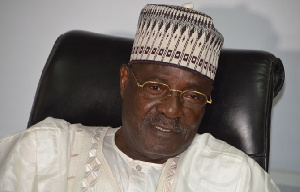 Joseph Dion Ngute said he needed the support and experience of members of the national representation during a meeting yesterday morning with Cavaye Yeguié Djibril.

Nearly thirty minutes. This is the time of the interview yesterday morning between the President of the National Assembly and the Prime Minister, head of government. Engaged in the consultations prior to the opening of the Grand National Dialogue announced at the end of this month by the President of the Republic, Joseph Dion Ngute began the meeting with representatives of certain state institutions.

For this, reports Cameroon Tribune, it is the office of the Right Honorable Cavaye Yeguié Djibril who hosted the meeting between the two personalities. “The President of the Republic convened a major national dialogue to discuss the problems that caused the crisis in the North West and South West regions. It was my duty to approach the President of the National Assembly, “said Joseph Dion Ngute after the meeting.

In view of the fact that the National Assembly is the third institution of our country, the Prime Minister, head of the government, who will be in charge of the conduct of the work of this Grand National Dialogue thinks in particular that this House of Parliament “has things to say, advice to lavish. She can have a vision of what this dialogue should be. “

In addition, Joseph Dion Ngute said he wanted to benefit from the rich experience of his interlocutor in the conduct of debates. “He has shown a lot of mastery in this area, and it is important to take advantage of his advice” concluded the Prime Minister, head of government before returning to his office at the Etoile building where he would continue consultations with some representatives of large bodies of the State, of certain national institutions in the framework of the preparations for the works which open at the end of the current month, as announced a week ago by the President of the Republic in his message to the Nation.

The head of the State of Cameroon, Paul Biya declined Monday, the main themes of the Great National Dialogue, announced in late September and supposed to put an end to the secessionist crisis anglophone.

In a tweet published on the official website of the President of the Republic, he said that this great palaver will focus on bilingualism, cultural diversity and social cohesion, reconstruction and development of areas affected by the conflict , the return of refugees and displaced persons, the education and judicial system, but also decentralization and local development.

These clarifications should put an end to speculation, outbidding and demands, mainly coming from the opposition and the civil society who demand that the national dialogue be inclusive and presided over by a neutral personality, that it should first clarify the deep roots of the Anglophone crisis, that the form of the State be included in the agenda for the adoption of a new Constitution.