Socio-Political Crisis: The Forum of African Heads of State and Government to hold a conference on Cameroon

by Daily News Cameroon
in AFRIQUE>Burkina - Faso
0 0
0
0
SHARES
Share on FacebookShare on Twitter
The latter should be held in Addis Ababa, Ethiopia, or in any other country with the agreement of the Forum. 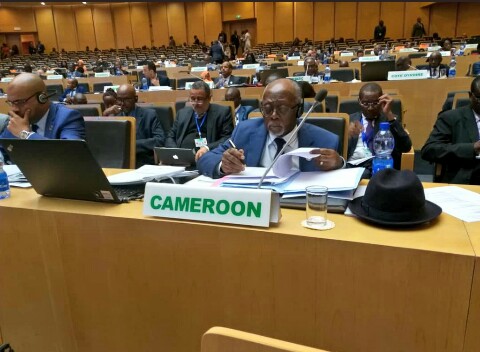 The international community is not breaking down. Despite the many convictions waved by the Cameroonian government to try to limit its involvement in the process of resolving the various security and socio-political crises that Cameroon is going through, it is still the responsibility. After the European Parliament, the American Congress, or the Swiss Federal Government, it is the turn of the Forum of African Heads of State and Government to provide an outline solution to the problems that Cameroon is going through at the moment. In this perspective, said forum announced through a manifesto dated 02 July 2019, the forthcoming organization of a special colloquium on Cameroon, to be held in Addis Ababa, Ethiopia, or in any other country with the acord of the Forum.

The Forum of African Heads of State and Government, whose actions are in the wake of the African Union, intends to learn more about the socio-political and security situation prevailing in Cameroon, and to strengthen a little more at the same time, its field of action to be able to accompany more consistently and efficiently the Government and the people of Cameroon. For the occasion, “The forum intends to contact a wide range of Cameroonian citizens, he will invite to participate in this meeting which must be the place of an inclusive and open dialogue” could read in the manifesto that announces the next meeting of this symposium on Cameroon.

As a reminder, Cameroon has for some years gone through one of the most turbulent periods in its history. The name of a haven of peace that was associated with his name every time it was mentioned, has shattered because of many security and socio-political crises that persist. The war against Boko Haram in the far north, the Anglophone crisis in the northwestern and southwestern regions, and the corporate social climate that has prevailed since Paul Biya’s reelection to the highest office, have tainted this status, which Cameroon regularly prided itself on.