The Rise, Fall, and Fall Again of President Paul Biya 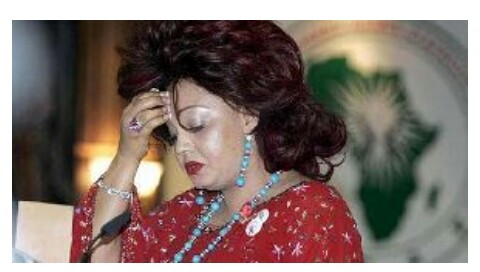 The giant of Sub Saharan Africa, currently considered Africa’s most resilient economy, has, in the Far North of the country, been under sustained attack by a radical movement in Nigeria known as Boko Haram. It now faces a more intractable problem from Southern Cameroonians and armed incursions in the East region from rebels fighting the government in the Central African Republic.

The leader is President Paul Biya who is also the chairman of the ruling CPDM party-a popular name for the Francophone Community for the Propagation of Biya’s corrupt and immoral teachings.  The birth and growth of the Southern Cameroons/Ambazonia nationalism was—and has been—shaped by a combination of covert foreign interference from France, poor governance, corruption, infrastructure neglect, extreme poverty, and the rapid rise of a new generation of Francophone and Anglophone political elites.

The world is watching meticulously and will soon be accepting the birth of a new nation-the Federal Republic of Ambazonia. Claiming that he is fighting to maintain the territorial integrity of Cameroon, President Biya and his gang of Francophone political elites are either committing the same errors or falling into spectacular new ones. Biya has imposed his own brand of martial law on every Southern Cameroonian with no exception and he has overtaken Idi Amin Dada and Mobutu of Zaire as the world’s bloodiest and most vicious leader, spreading his military campaign across borders into Nigeria and the Central African Republic.

Southern Cameroonians and their leaders are currently being hunted by a six-country coalition consisting of Nigeria, France, French Cameroun, Chad, Equatorial Guinea and Gabon, which is supposedly supported by the African Union headed by a corrupt Chadian diplomat who had served in Yaoundé. However, this has not deterred Southern Cameroonians from carrying out self-defense actions aimed at protecting Ambazonians from mass kidnappings and massacres against the local populace in British Southern Cameroons.

Today, with the dust now settled, we ofCameroon Intelligence Report can now reveal that the road to Buea is on sight. The reasons are in a multiple: Administrative documents some of which are classified “Confidential”, by the Biya admin are found on social networks and users share them with ease.

Documents detailing presidential directives including the 2016 end-of-year speech by the 85 year-old dictator found itself fully on the web. Shortly after 6pm on the 31st of December 2016, Cameroonians shared Biya’s speech on Twitter, Facebook and Whatsapp. Interestingly, the same speech was delivered two hours later by President Biya.

Correspondingly, a security note from the presidency of the republic giving instructions to CPDM parliamentarians on the adoption of the budget found itself on social media hours before the parliamentary session.

Recently, messages from the presidency to the security and defense services, as well as military strategies set up by the Biya regime to possibly counter the Southern Cameroons revolution are found on the web even before they get to their respective destinations.

2018 ending have been particularly rich in leaks involving ministers who were dropped from the cabinet and wanted by the regime’s so-called Special Criminal Court. The Leaks are signaling the end of the Biya era and the emergence of the Federal Republic of Ambazonia.

By  Chi Prudence Asong in London